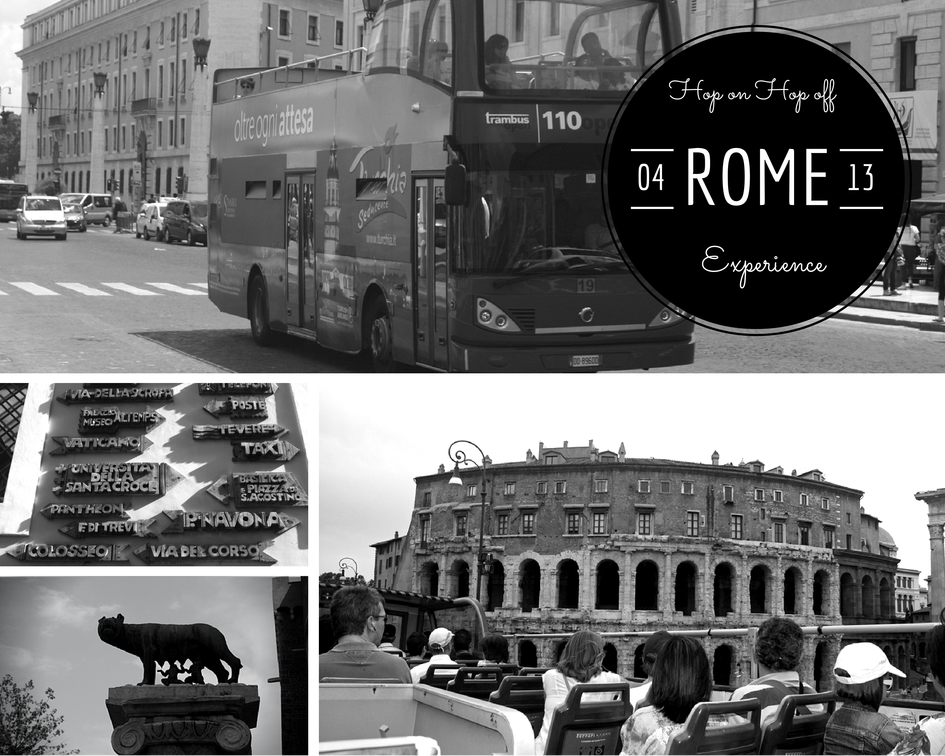 In Rome I found out that there is a perfect way to observe tourists: on the Hop on, Hop off-bus! So if you are looking for a cheap way to entertain yourself when you’ve already got that busticket, here it is!

Why do this? You might feel that there is something better to do, like see the highlights pointed out for you by the subtle voice of the audio tour guide. I had already done that, the first tour I took around the city. But then I decided – after hours of walking around doing the ‘touristy thing’ – my feet could use a rest. I still had some bottled water, so I didn’t feel the need to spend my budget on a terrace. Sorry locals! Then it hit me: my ticket for the hop on hop off-bus was still valid. Even when I had already seen it all, didn’t mean I couldn’t do it all again and look at the other side of the ride. And so I did, because there was something else that was also entertaining: the tourists that ride the bus!

It was a complete different experience compared to the first trip I took on the hop on hop off-bus. You see people get exited once they spot a highlight as the Vatican. Click away on your camera people. It is hilarious to see a woman tugging the arm of her husband to film the Colosseum while he is still pointing the camera at the ruins of Rome that used to be. (And of course when they come home they’ll notice that the film has some ups and downs, literally, because of this incident.) Or to see people frantically pushing buttons to look for the translation of the tour guide in their language. And the faces people make for selfies, do I need to say more?

After a while it hit me though: I was one of them a few hours before I decided to observe the people rather than look at the highlights of the tour… What would I have looked like? Probably like one of the frantic ‘clickers’ on the camera AND the audio guide buttons.